From 1900 until 1938 the German Airship Construction Company "Luftschiffbau Zeppelin" designed and built rigid airships in the town of Friedrichshafen on Lake Constance. The airships were numbered consecutively. They were aluminium constructions clad initially with canvas, later with impregnated calico. On the inside gas containers filled with Hydrogen catered for lift whilst externally, engine nacelles attached to the sides of the airship produced horizontal thrust.

LZ129 the Hindenburg", the largest airship of all time took off on 4th March 1936 over the "Airship-Port" on the western edge of the city of Potsdam. DELAG put the airship into service on its route to North America. The largest German Military Airship the LZ 104，completed in 1917 with a length of 226.5 meters and a gas capacity of 68, 500 cubic-meters was gigantic, but the construction commenced in 1931 exceeded all known records for the dimensions of an aircraft with a length of 246.7 meters and was almost as large as the "Titanic".

The Hindenburg undertook a tour of Germany between 26th and 29th March together with the LZ127 ,Graf Zeppelin.Only two days later, the first long-distance flight across the Atlantic to Rio de Janeiro took place. On 6th May 1937 the Zeppelin took-off for its first passenger flight to New York. It anchored to the mast at Lakehurst near New York on 9th May after a flight of 61 hours and 30 minutes.

Sadly, on 6th May1937 during the landing in Lakehurst a catastrophe happened as the hydrogen in the rear lift cells ignited. Out of 95 people on board, 36 died. 17,609 pieces of mailwere almost totally burnt. The tragedy led immediately to the cessation of Airship travel.

Version: VS35 KIT Only, VS36 KIT+Dust-proof Shiled (optional)

Glue is not included. 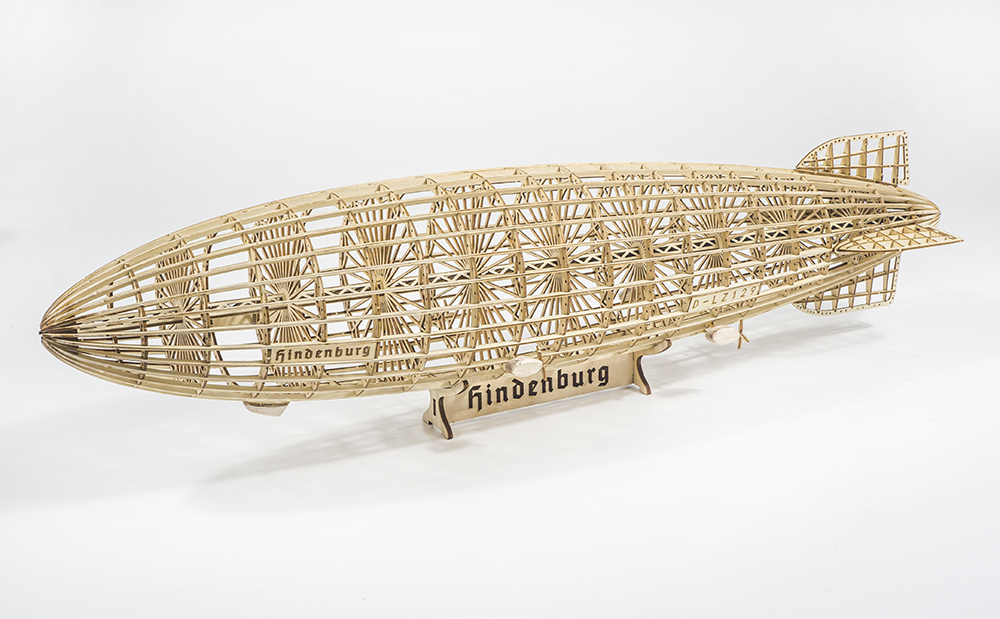 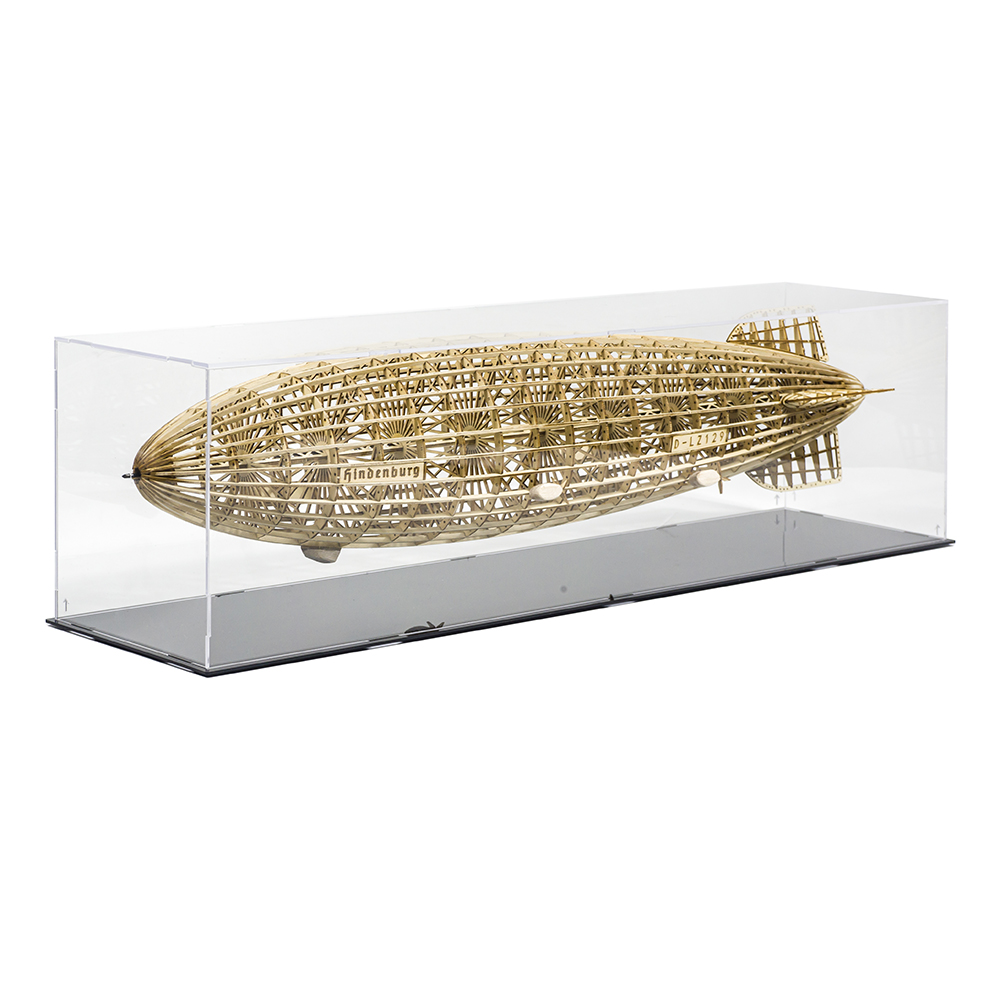 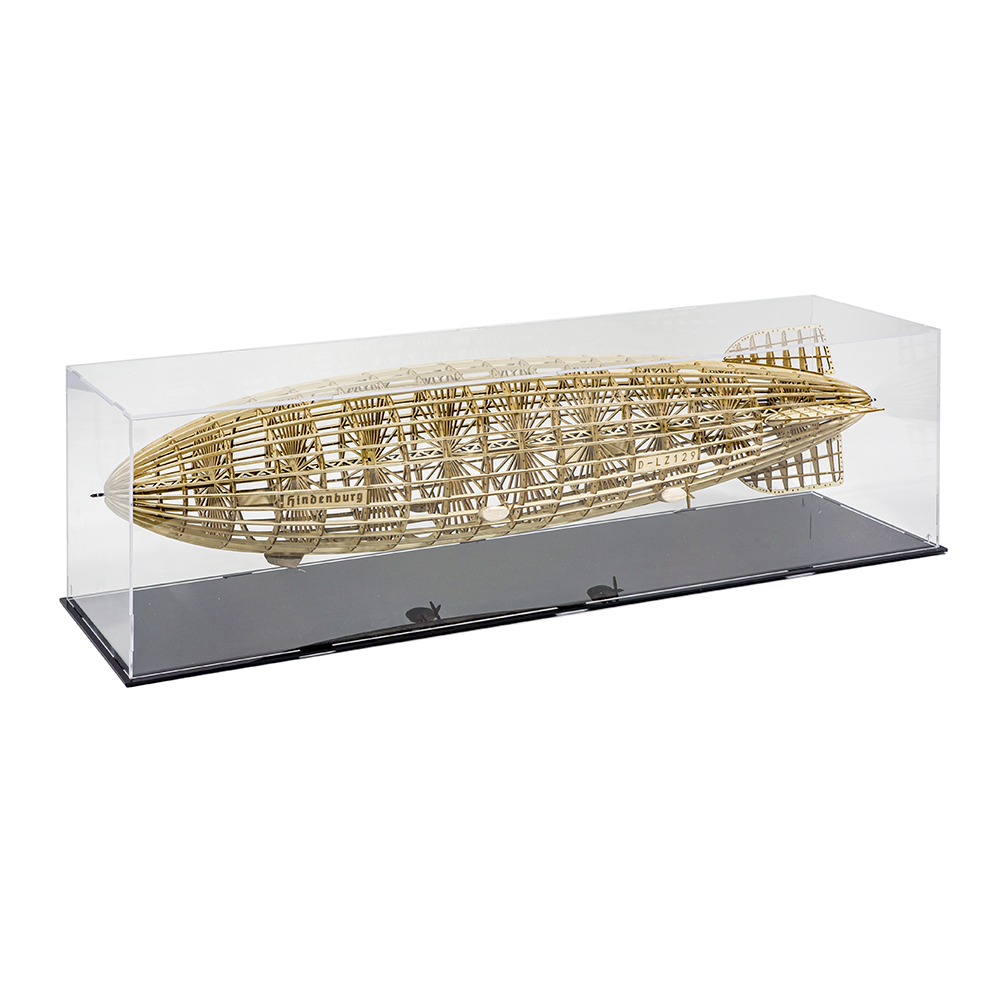 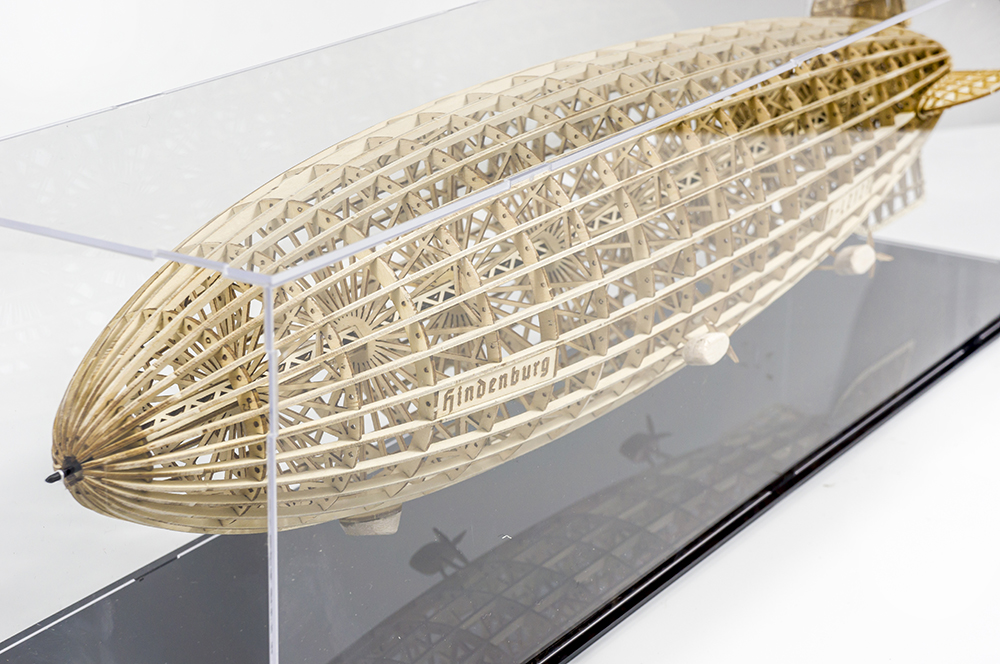 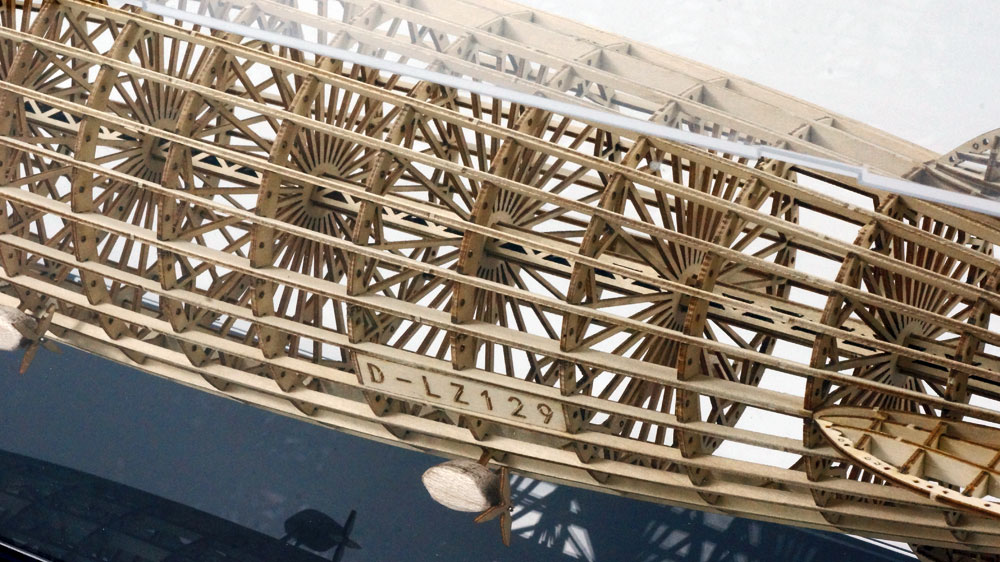 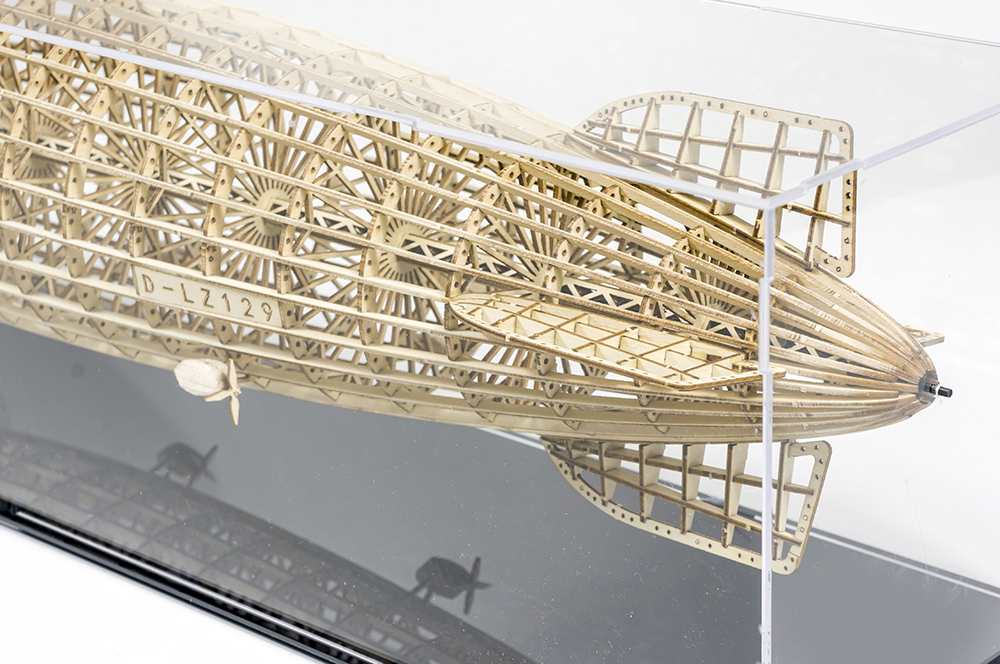 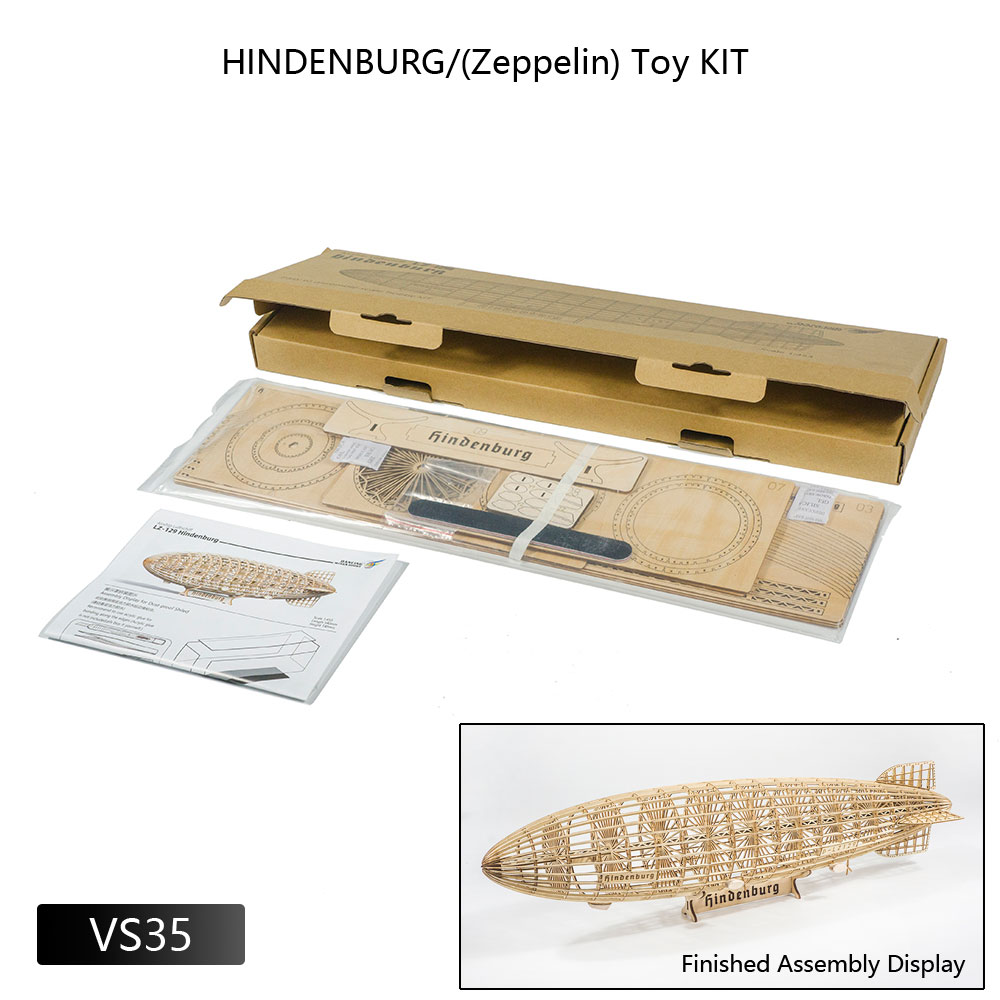 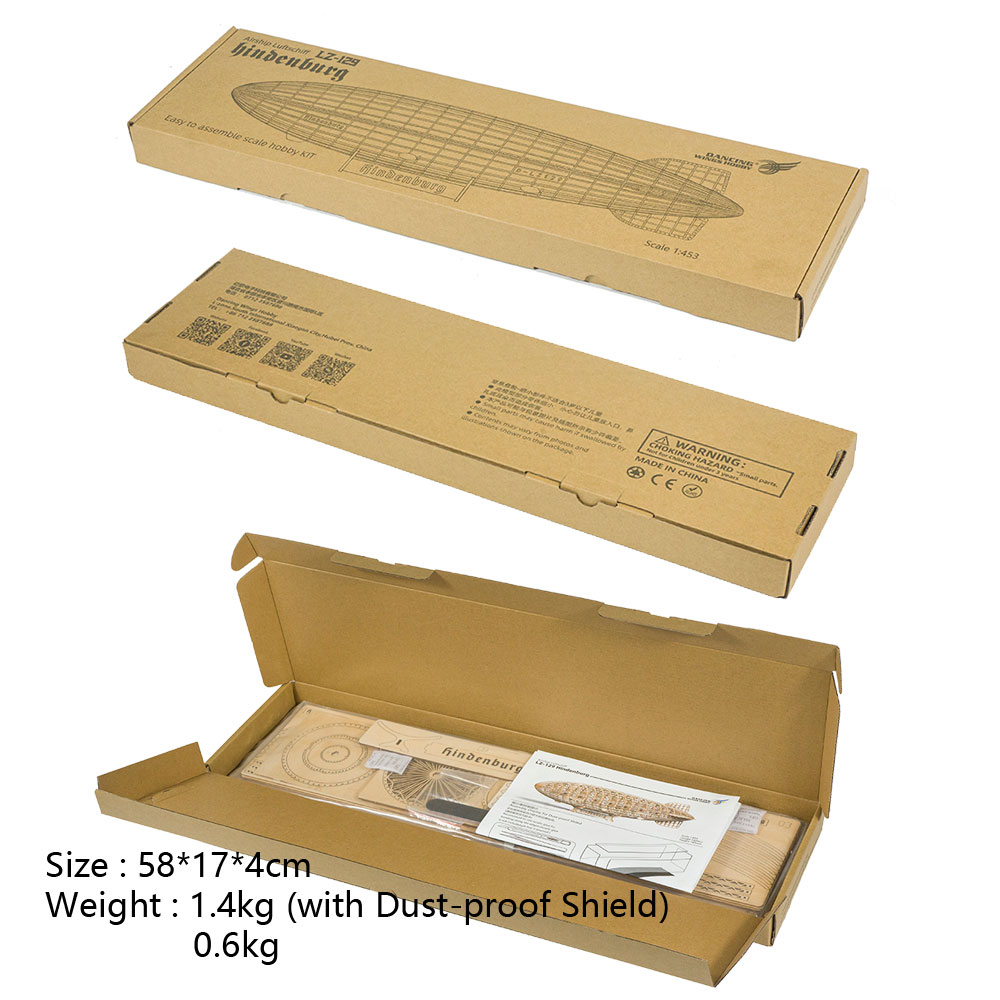