The Martin B-26 Marauder was one of the most successful Allied bombers of World War II. After a challenging introduction, the B-26 eventually became beloved for its exceptional durability and excellent medium bomber capabilities. Nicknamed the “Flying Torpedo”, the B-26 Marauder ended the war with the lowest combat loss rate of any American aircraft, bringing thousands of aviators safely home.

Dynam’s 1500mm wingspan B-26 Marauder brings the familiar scale outline of this iconic aircraft to the skies again! The aircraft is Dynam’s most ambitious warbird to date, introducing redesigned tricycle retracts for improved reliability and all new counter rotating propellers for scale appearance. To maximize convenient assembly and transport, the B-26’s outer wings can be detached from the engine nacelles, or the entire wing can be removed as one single piece. Major assembly of the aircraft is completed with only ten screws! For a large aircraft its size, the Dynam B-26 can be made very portable to fit in a small car’s trunk in under three minutes.

The aircraft is optimized for a 4s 4000mAh battery for extended flight time and a good balance of thrust, wing loading, and flight duration. A large battery hatch provides plenty of space for a receiver or optional gyro. Flaps shorten takeoffs and reduce landing speeds, and the tall rudder has excellent authority. Power is provided by two Tomcat 3512-650KV brushless motors for satisfying sport scale performance. The two Skylord 40A ESCs are mounted behind each motor for ideal cooling and the counter-rotating 10.5x8 propellers enhance the scale fidelity of the aircraft. Providing capable handling on short grass runways, in addition to the redesigned retracts the Dynam B-26 Marauder also features steel wire struts.wide and soft scale sized tires.

Dynam aircraft make excellent cost effective platforms for personalization and detailing, and this B-26 continues that tradition. The upper turret can swivel freely, and the canopy and nose covers are easily removed for detailing inside by ambitious modelers. There is even space in the belly if pilots want to add their own bombs bay door. With Dynam and your imagination, you can operate a truly special model aircraft you can be proud of!

CG: 70-75mm from the leading edge of the wing at the root

Tx Requirement: 6-Channel or above transmitter (not included) Click here

- Equip Four-blade counter-rotating propellers. The advantage of such design can balance the effects of torque and P-factor and make the flight more straight and steady.

The number of channel could determine how much fun you have with your RC airplane. Dynam B-26 is the 6 channel planes could bring more fun to user during the flight. 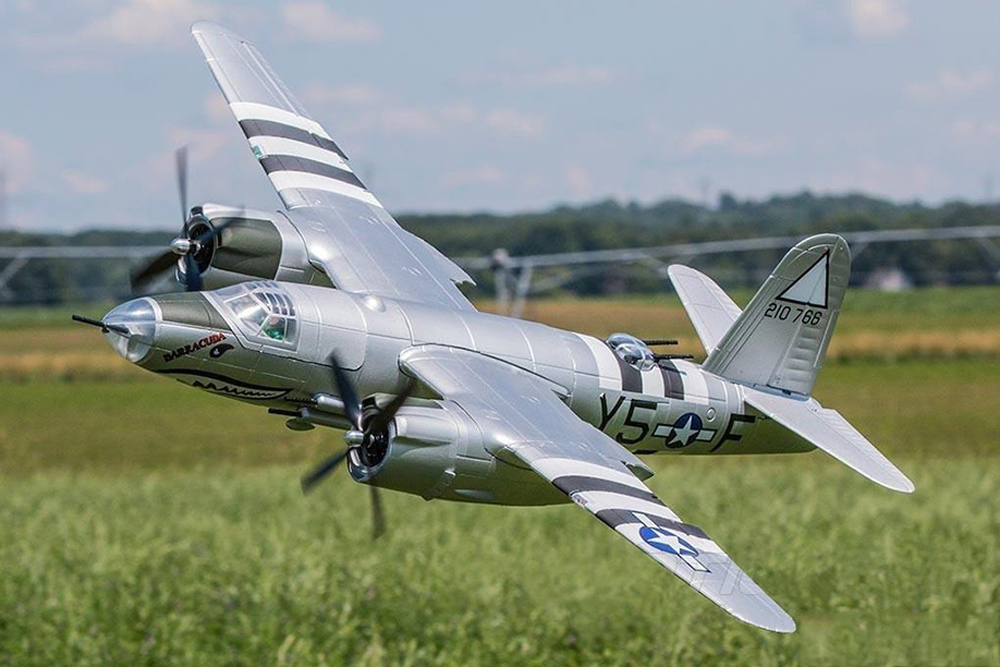 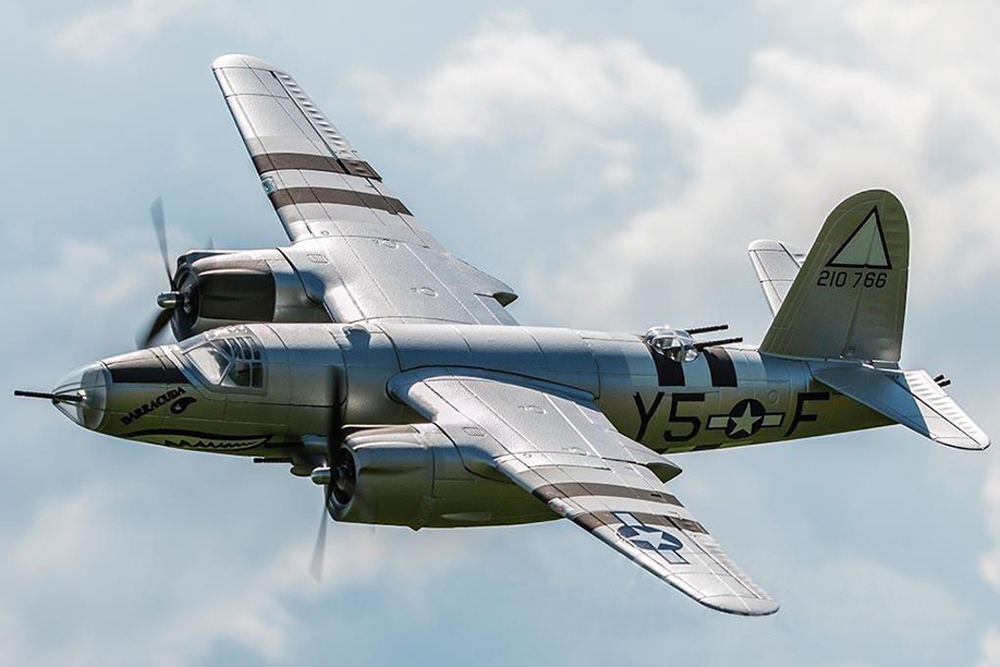 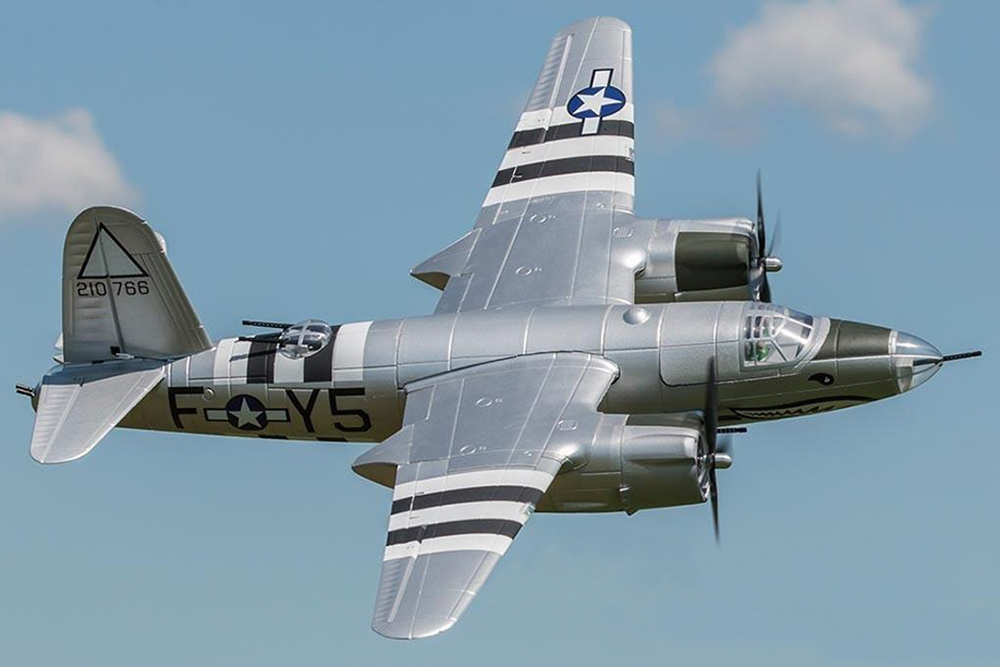 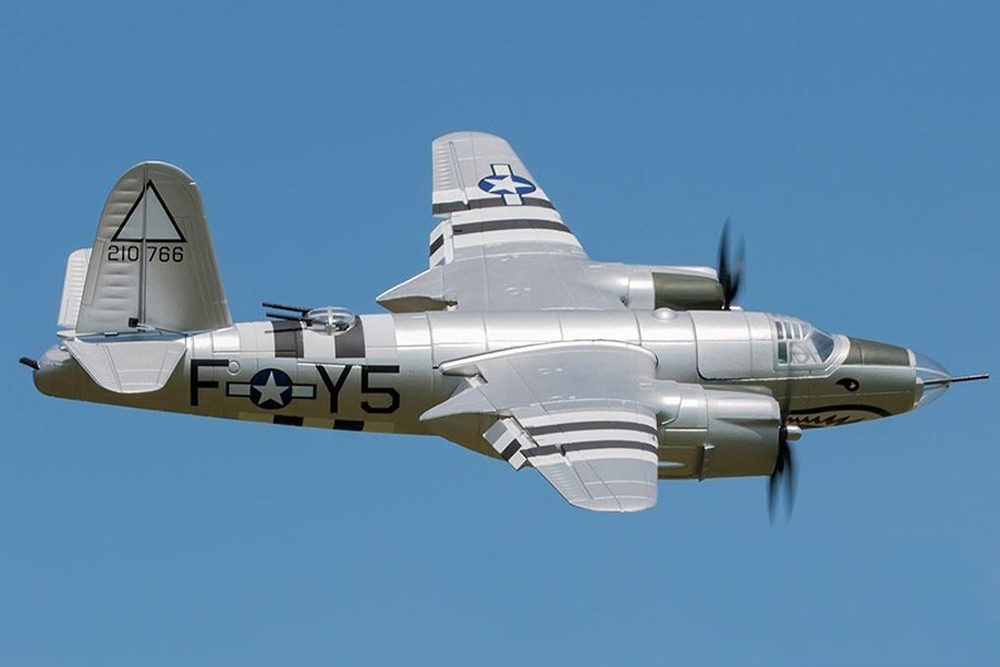 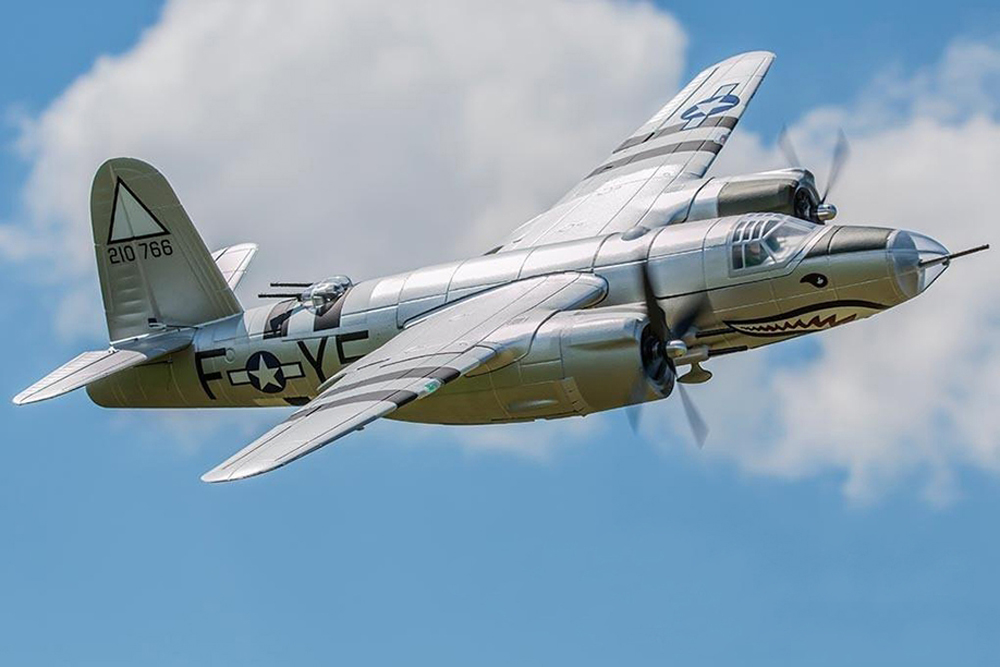 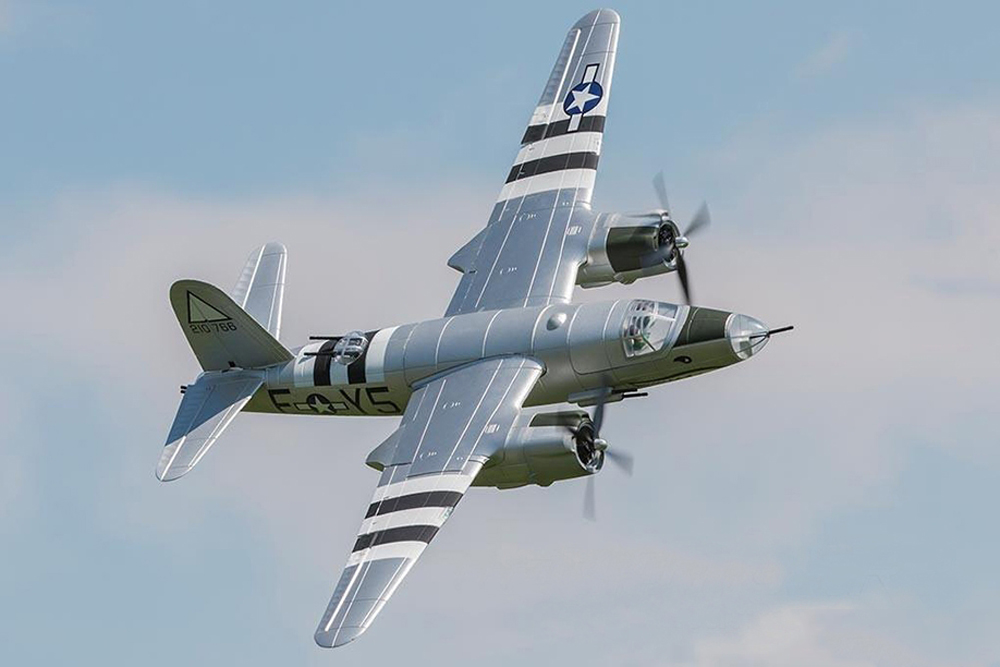 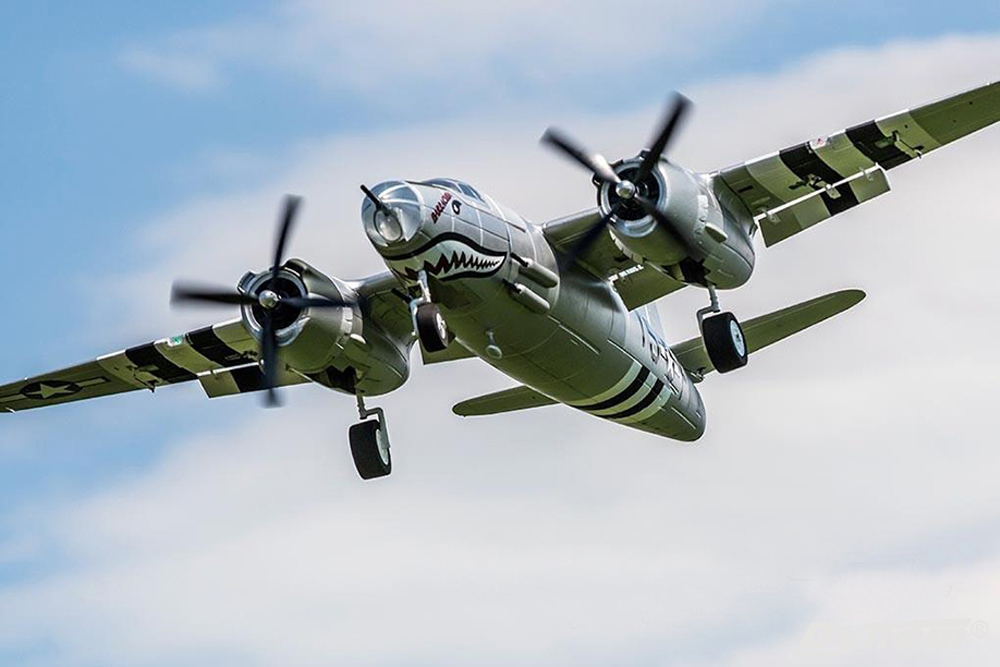 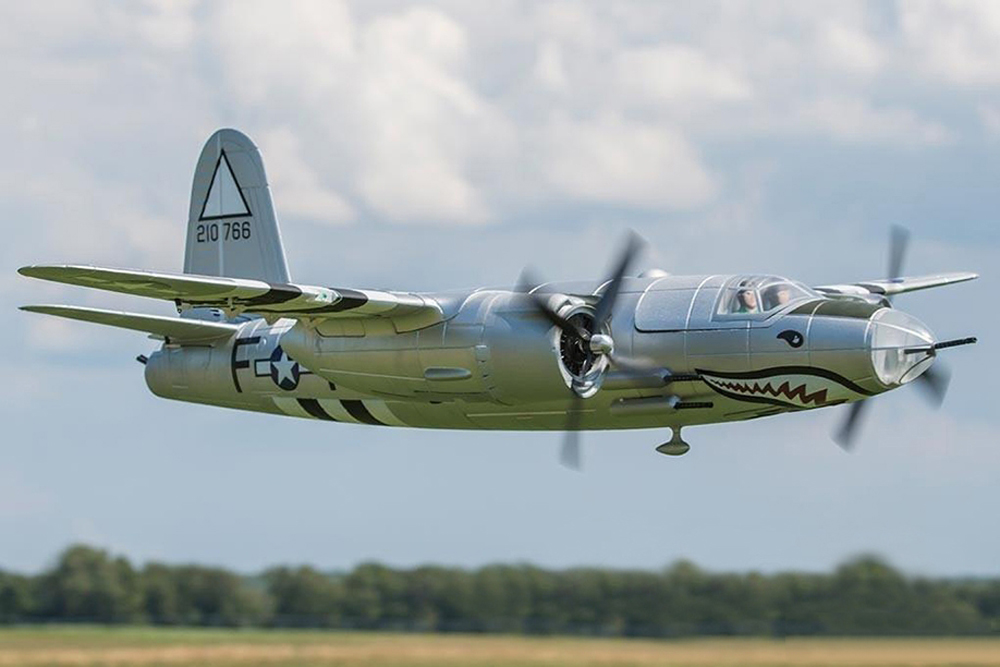 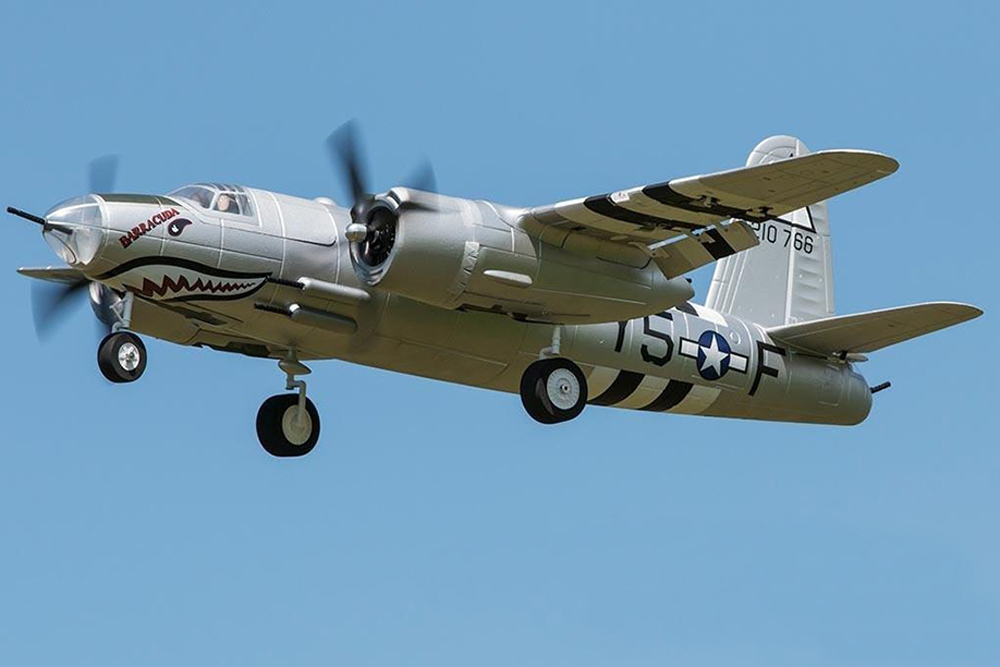 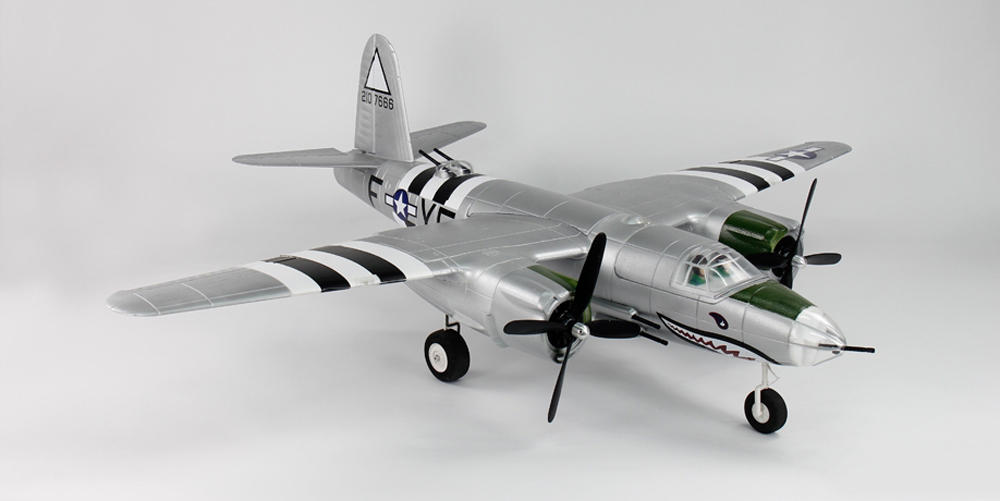 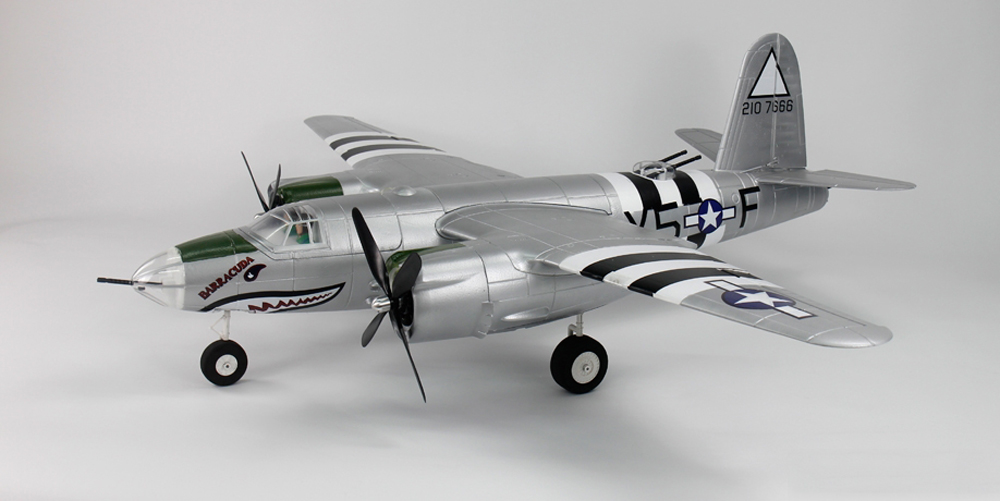 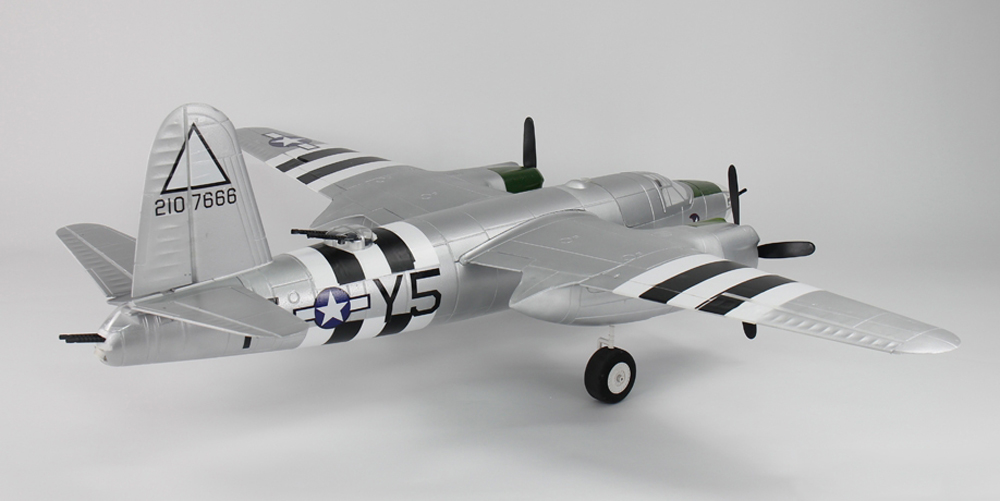 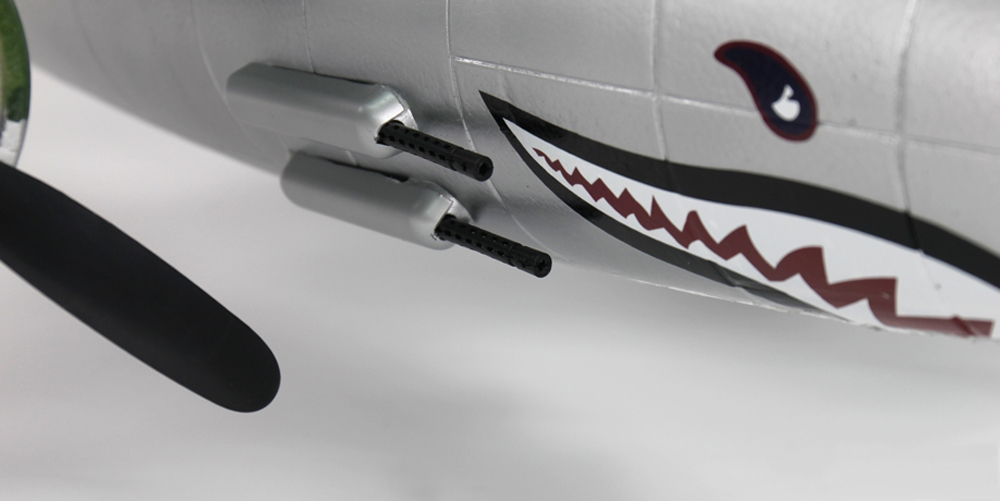 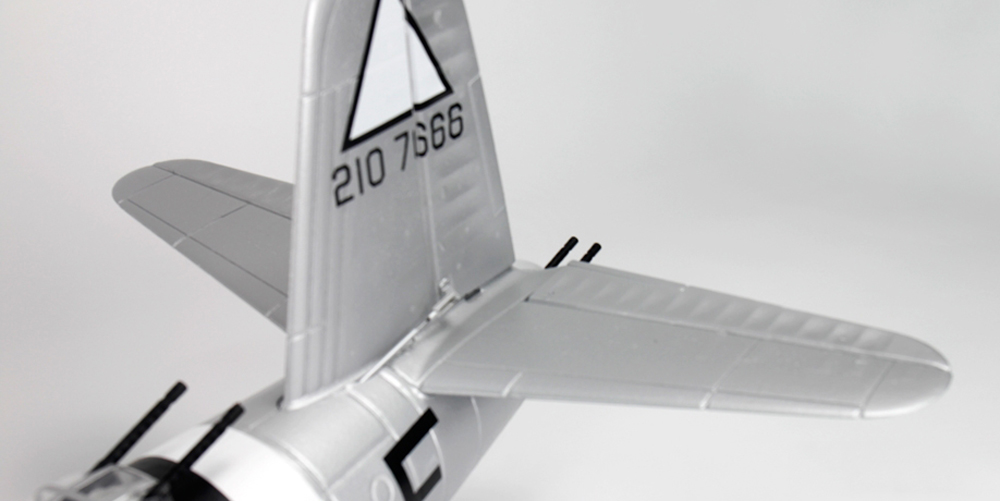 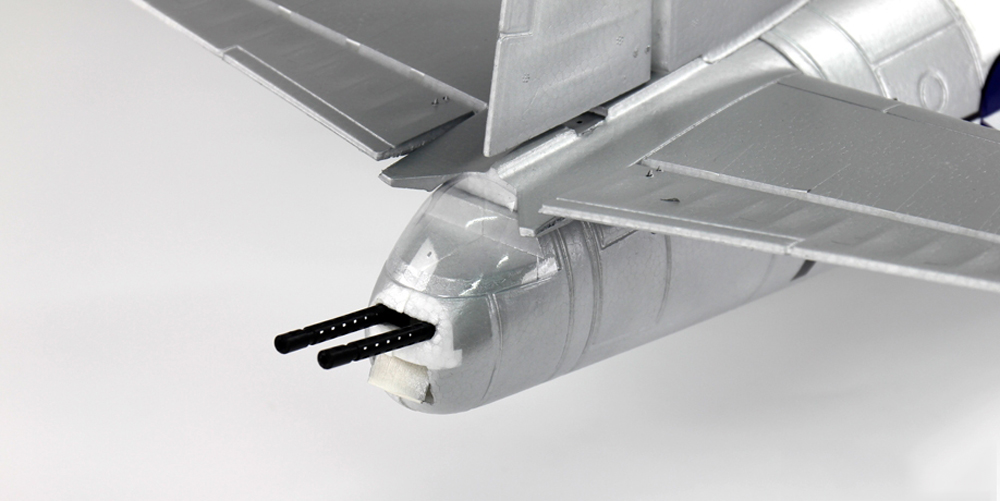 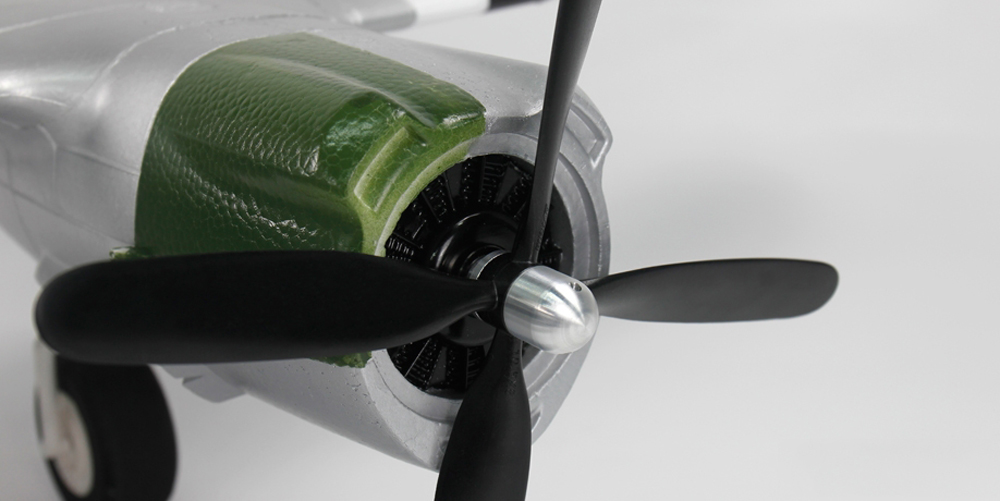 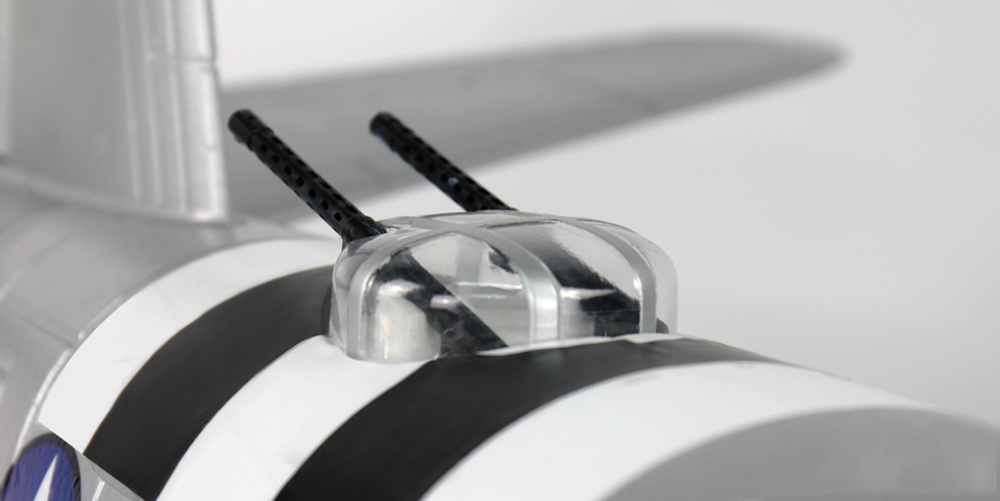 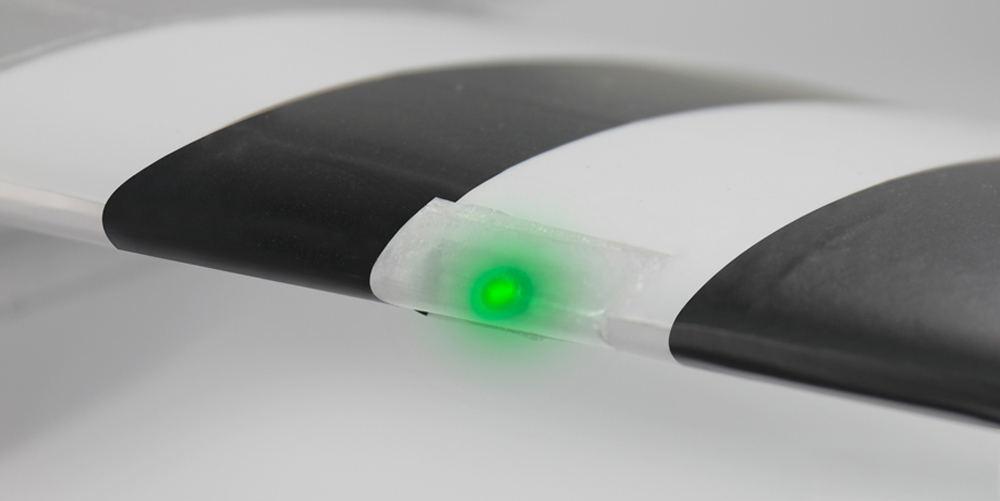 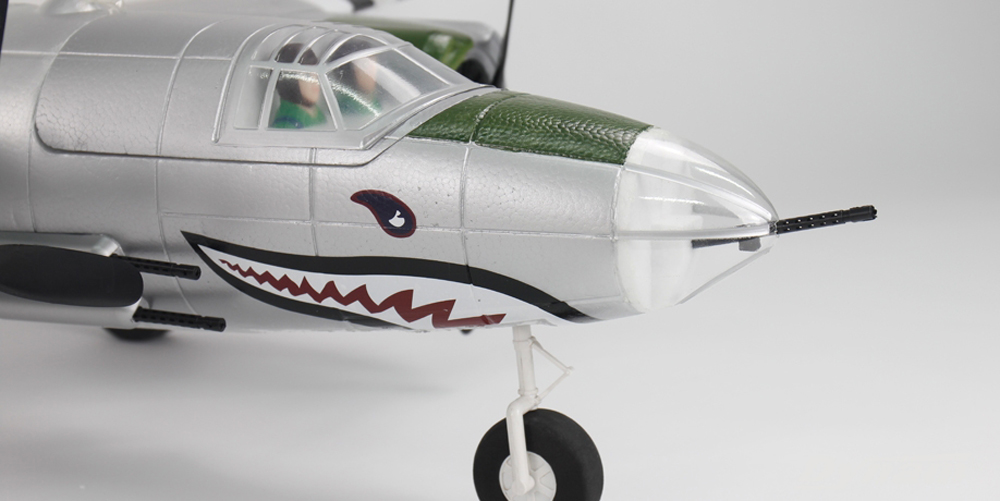 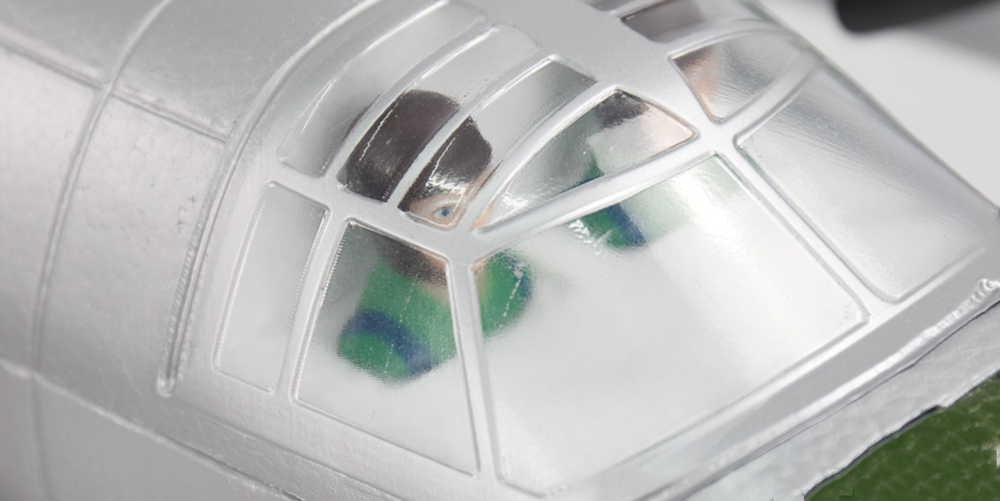